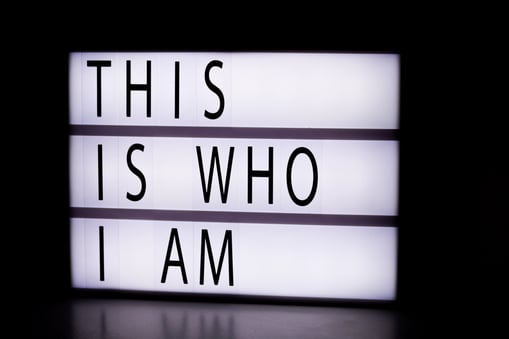 During the time that was COVID, I binge watched The Mandolorian with my husband.  And can I just say.....I am OBSESSED with Baby Yoda (yes, I know he has a name.  I don't care). 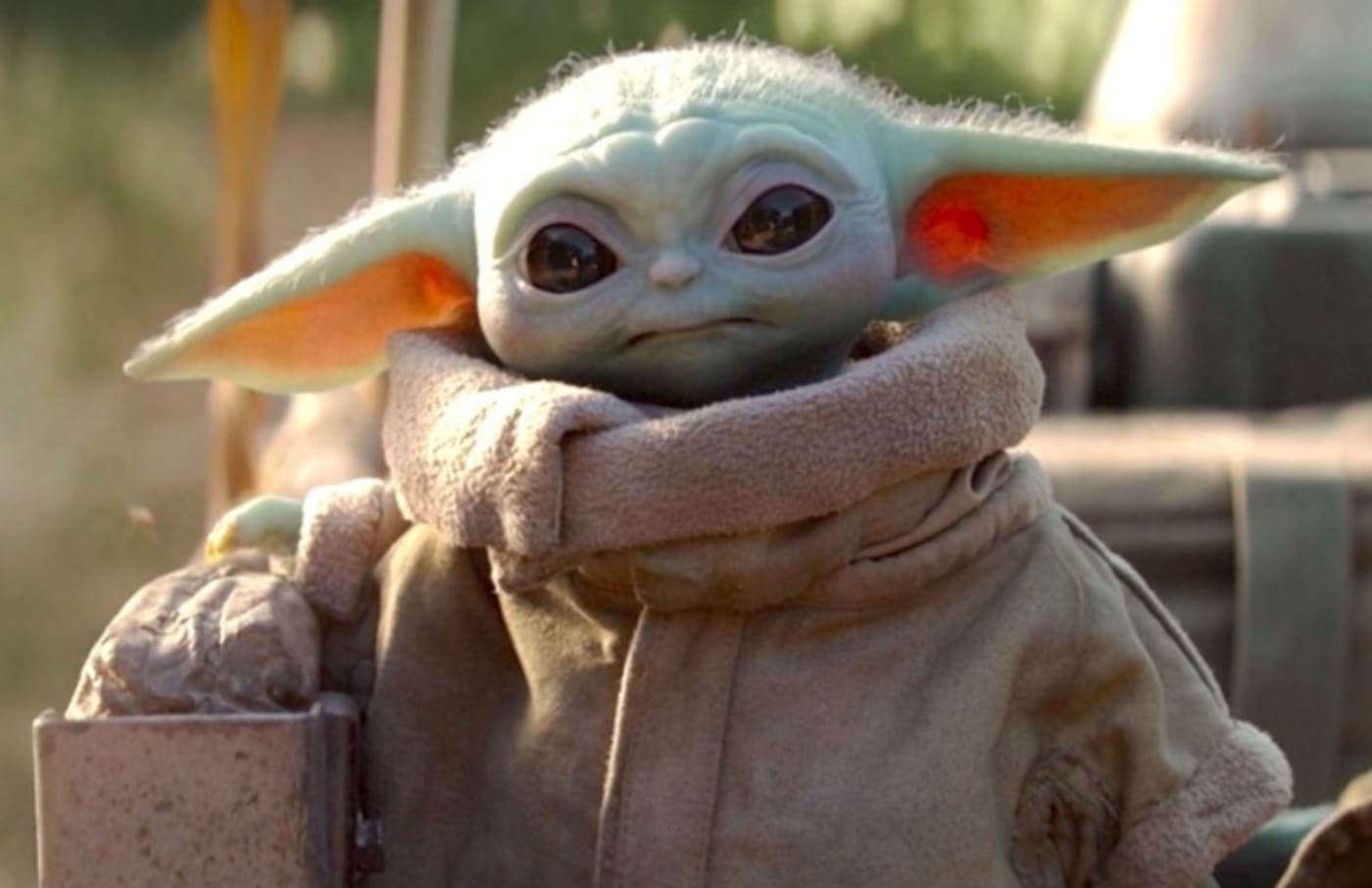 I mean......he's just the cutest.  And while I know he isn't actually a young Yoda....well.  I don't know what to say here, because really that's not relevant to this conversation.  I'm just trying to segue to the actual Yoda.  Not quite as cute, though still has his charm.  I suppose.  For an old guy. 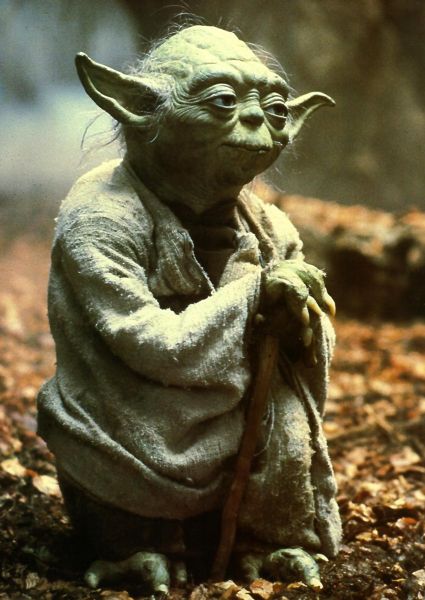 Anyone who has ever watched Star Wars will know that Yoda has a unique way of talking.  The words don't come out in quite the right order.

Sometimes when I need information from a report and I export it to Excel, it's also not in the right order.  For example, a lot of the times the name will be Last Name First, First Name Last.  However, I want to list people by first name.  I have two options.  Option one is to go line by line, retyping or cutting and pasting to be in the right order.  Not a big deal if it's a list of ten names.  Kind of a big deal if it's a list of hundreds of names.

The second option is definitely the better option.  There's actually a way to do this quite simply in Excel.  You start with your names in the column as they are exported. 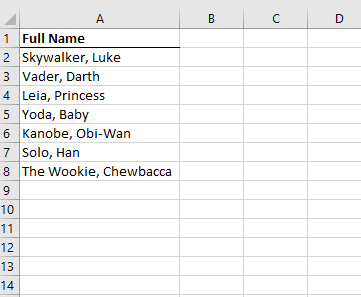 Now in most reports you probably have other columns to the right.  You can delete them, or just insert a new column.  We want to work with a blank column B.  In the first cell at the top of column B, you'll type FirstLast, as shown below. 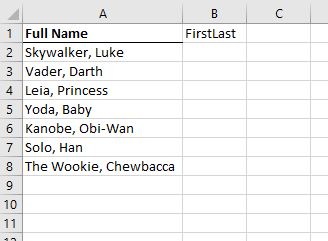 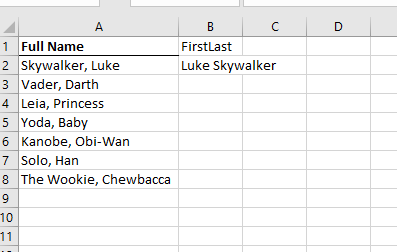 Then in the cell to the right of the second name, you just start to type in the name.  I simply typed Dar, and you can see that it filled in the rest of the cell and then filled in the remaining cells in gray. 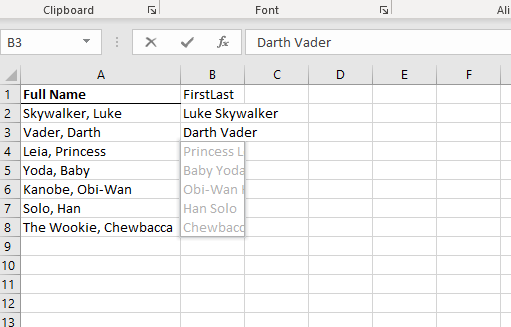 It looks like everything filled in correctly, so I simply hit "Enter" without even having to type the rest of Darth Vader, and voila! 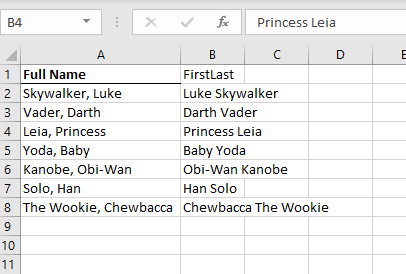 The whole list as I want it!  Again, not a huge deal for this short list, but believe me.....when I'm dealing with 900 names or more, this is quite the life saver! 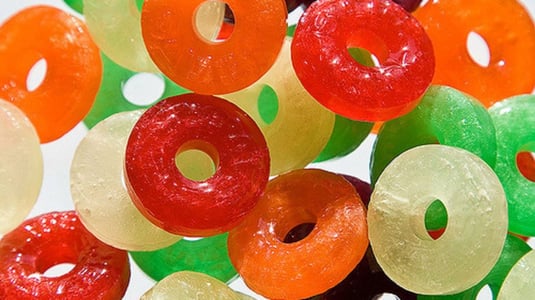 Larilyn’s Tip of the Week: Helping old computers drag on

Something I’ve seen a lot of over the last few weeks is a rare sight. The return of dinosaurs. Okay...

This weeks tip is pulled from  a scenario that I run into pretty regularly with our clients.  Let...